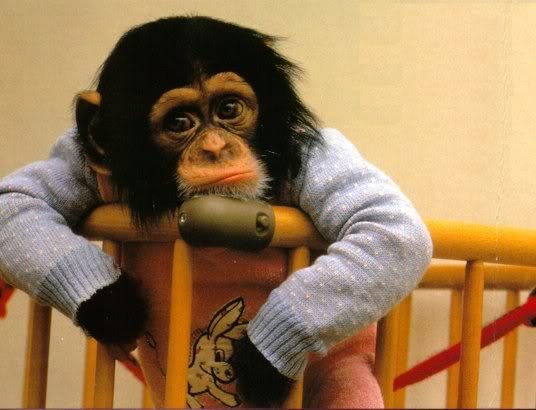 This poor monkey is being raised in a Monkey Orphanage by Kind But Impersonal Monkey Nuns. He is waiting for Leland to adopt him.

Leland, my youngest, wants many things.

When he was Five, he wanted a robot. That never happened.

Bitterly, he built his own robots — so many of them — out of things he stole from our closets (shoes, hats, watches, jewelry, lingerie), and he left them lying around the house like reproaches.

When he was Seven, he thought he should have a parrot. He faced a wasteland of disappointment on this score also.  I once offered to make him an egg sandwich to ameliorate his grief.  He said he would rather have counseling.

When he was Twelve, he thought his own hut on a beach near his very own rum plantation was a reasonable request. I gave him ten years’ worth of Halloween pirate costume bits and pieces (including a very nice loin cloth) and wished him my very best.

I even demanded:  “Why is the rum always gone?” to express my sympathy, with a hearty “Yo-Ho!” as punctuation.

He squinted at me, sharpened his plastic swords, and said nothing.

This year, he wanted an unsupervised alcohol-rich party at our house (his father and I were meant to furnish large quantities of alcohol, and then cool our heels at a nearby motel, ignoring the sound of sirens and the frantic buzzing of our cell phones) for his 18th birthday.

The Glorious and Much-Deserved 18th Birthday Present (in time for the creature to perform tricks at said alcohol-soaked, unsupervised party) was to have been: a monkey.

Any kind of monkey. It just had to be cute and smart, according to Leland.

If you ask him, Leland will tell you he never gets what he wants.

And, on the face of it, as I sift through the tattered pieces of his childhood under our fumbling supervision, I have to conclude that he may be right.

But the negotiations, which have evolved over the years from face-to-face disappointment to electronic embitterment, are always fun. 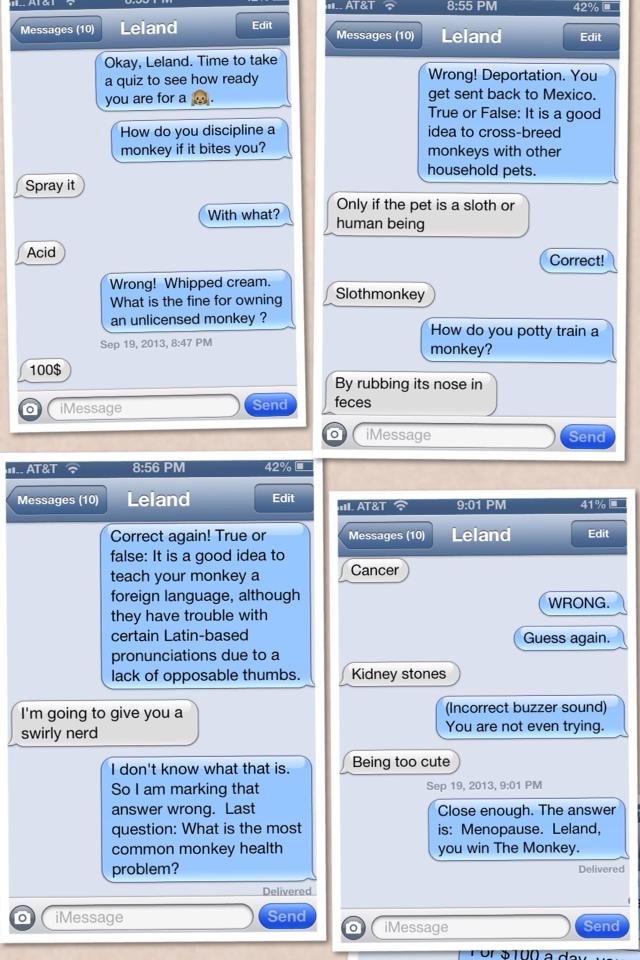 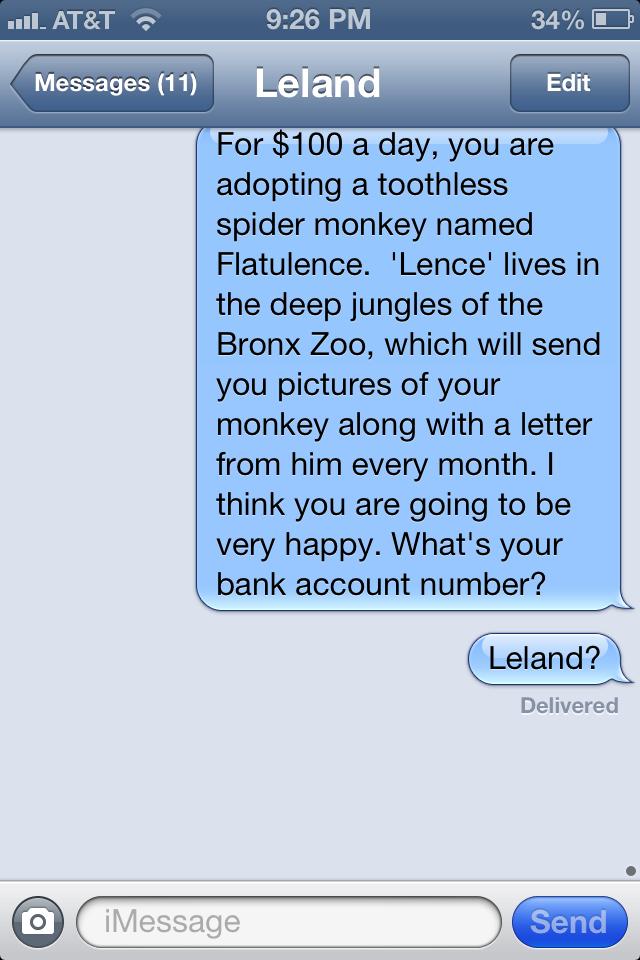 Leland, dear boy, as penance, I am turning myself over to the proper parenting authorities.

Please accept my blanket apology for the Childhood of Deprivation (we know what horrors this phrase encompasses, and we won’t speak of this again).

You still can’t have a monkey. 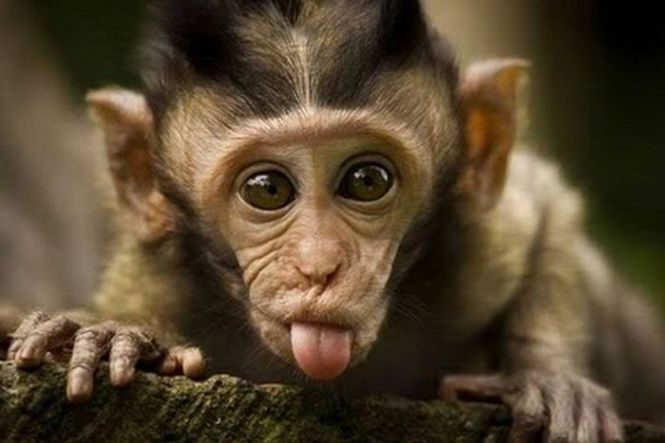